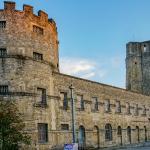 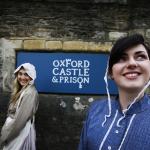 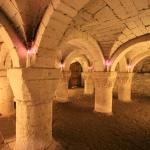 If you thought Oxford was just about elegant spires and world-class academia then think again!  Oxford Castle & Prison reveals Oxford’s less well known history, one that’s rich with tales of great escapes, betrayal and even romance – all within the walls of this ancient castle and prison. The site has been used as a place of incarceration since 1071, continuing until the closure of HM Prison in 1996. The old buildings have been preserved and are now open to the public revealing a time capsule – allowing the buildings to tell their story. Our costumed character guides will reveal the site’s colourful past as you...

Climb the Saxon St George’s Tower and enjoy its stunning 360° views over Oxford.

Descend to the dark atmosphere of the 900 year old underground crypt.

Marvel at the mound of the 11th-century Motte and Bailey Castle with Vaulted Well Chamber.

Experience the austere confines of the 18th-century Debtors Tower and prison D-Wing.

Face the prison regime with our hands on displays Visit Oxford Castle & Prison and uncover the secrets for yourself.